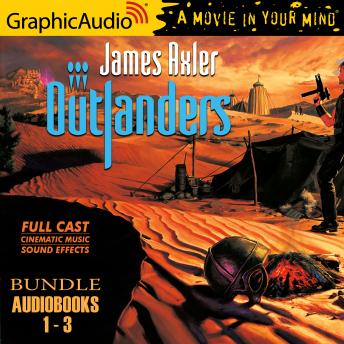 America had barely survived the nuclear holocaust but two centuries later a new order emerges to inflict it's rule on the fortified cities. Beyond the walls are the outlands, where a fragile freedom remains.

Once a fearsome warrior of the new order, Kane discovers a secret that has damned humanity since the dawn of history. Now Banished as an enemy of the state, he joins forces with Brigid Baptiste, keeper of the archives and Grant, brother-in-arms and innovative weapons specialist.

In the place that was once called New Mexico, Kane finds the first hidden clues to humanities future.

Coming to Grips with the shocking truth behind the new reality...

This title is due for release on August 1, 2021
We'll send you an email as soon as it is available!