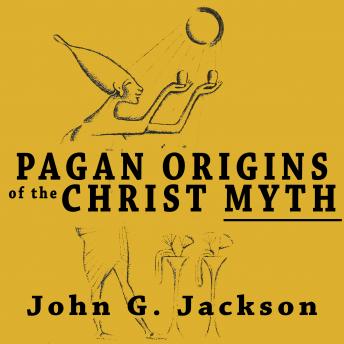 Pagan Origins of the Christ Myth

In this pamphlet Jackson sources the pagan origins of Christian doctrine with particular focus on the creation and atonement myths. Rooted in historical facts, Jackson's claims are steeped in research and demonstrate how Christianity synthesizes the rituals, beliefs, and characteristics of savior gods from ancient Egyptian, Greek, Aztec, and Hindu origins. Initially published in 1941, this concise introduction remains an insightful contribution to comparative religion studies.

This title is due for release on August 7, 2019
We'll send you an email as soon as it is available!