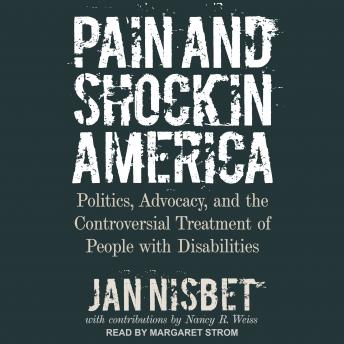 Pain and Shock in America: Politics, Advocacy, and the Controversial Treatment of People with Disabilities

For more than forty years, professionals in the field of disability studies have engaged in debates over the use of aversive interventions (such as electric shock) like the ones used at the Judge Rotenberg Center. Advocates and lawyers have filed complaints and lawsuits to both use them and ban them, scientists have written hundreds of articles for and against them, and people with disabilities have lost their lives and, some would say, lived their lives because of them. All of these families have children who have been excluded from numerous educational and treatment programs because of their behaviors. For most of the families, placement at the Judge Rotenberg Center is the last resort.

This book is a historical case study of the Judge Rotenberg Center, named after the judge who ruled in favor of keeping its doors open to use aversive interventions. It chronicles and analyzes the events and people involved for over forty years that contributed to the inability of the state of Massachusetts to stop the use of electric shock, and other severe forms of punishment on children and adults with disabilities. It is a long story, sad and tragic, complex, filled with intrigue and questions about society and its ability to protect and support its most vulnerable citizens.