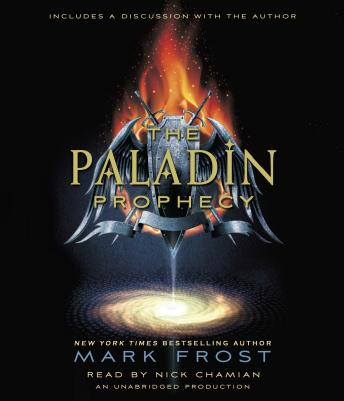 From the co-creator of the groundbreaking television show Twin Peaks comes an exciting adventure series with a unique combination of mystery, heart-pounding action, and the supernatural. Meet your new action-adventure addiction!

Will West is careful to live life under the radar. At his parents' insistence, he's made sure to get mediocre grades and to stay in the middle of the pack on his cross-country team. Then Will slips up, accidentally scoring off the charts on a nationwide exam.

Now Will is being courted by an exclusive prep school . . . and followed by men driving black sedans. When Will suddenly loses his parents, he must flee to the school. There he begins to explore all that he's capable of--physical and mental feats that should be impossible--and learns that his abilities are connected to a struggle between titanic forces that has lasted for millennia.

Includes an audio-exclusive conversation with the author, as well as a bonus PDF of 'Dad’s List of Rules to Live By'