The People of the Black Circle 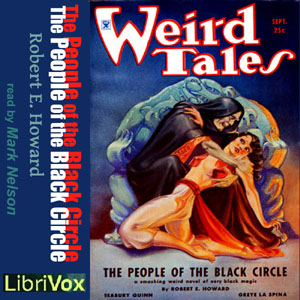 The People of the Black Circle" is one of the original novellas about Conan the Cimmerian, written by American author Robert E. Howard and first published in Weird Tales magazine in three parts over the September, October and November 1934 issues. Howard earned $250 for the publication of this story.

It is set in the pseudo-historical Hyborian Age and concerns Conan kidnapping a regal princess of Vendhya (pre-historical India) and foiling a nefarious plot of world domination by the Black Seers of Yimsha. Due to its epic scope and atypical Hindustan flavor, the story is considered an undisputed classic of Conan lore and is often cited by Howard scholars as one of his best tales. It is also one of the few Howard stories where the reader is treated a deeper insight on magic and magicians beyond the stereotypical Hyborian depiction as demon conjurer-illusionist-priests. - Summary from Wikipedia

People of the Black Circle

This title is due for release on February 17, 2015
We'll send you an email as soon as it is available!