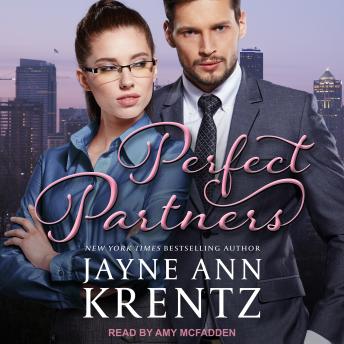 Midwestern librarian Letitia Thornquist didn't have the right stuff to run Thornquist Gear, Inc. That was the bottom-line opinion of Joel Blackstone, the seasoned CEO who had built the small Seattle sporting goods store into an industry giant. But Letty's rich Uncle Charlie willed her the company, and now she was bubbling with enthusiasm to have Joel, a perfect mentor, show her the ropes.

Teaching her the business was all Joel grudgingly planned to do . . . until the sensuous curves under Letty's navy suit and the unabashed desire in her wide, innocent eyes left him longing for a personal kind of merger. Soon his sizzling kisses convinced her that she wasn't in Kansas anymore. But no matter how skilled Joel was in the art of love, Letty knew she was at risk in his arms. Behind his tough facade she sensed a world of hurt that cried out for her warmth and understanding. She realized the 'L' word might never be spoken if trust didn't make them perfect partners 9 to 5 . . . and in the loving after-hours of midnight to dawn.

In a witty, classical duel of romance and ambition, Jayne Ann Krentz deftly portrays two fiery opposites caught by an irresistible attraction . . . in a deliciously spicy tale of life at the top and love in the depths of the heart.

This was a great book. Great story line. Fun characters. Laugh out loud moments. And good narration. 5 stars all around.