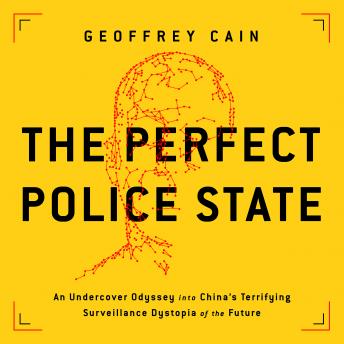 The Perfect Police State: An Undercover Odyssey into China's Terrifying Surveillance Dystopia of the Future

Blocked from facts and truth, under constant surveillance, surrounded by a hostile alien police force: Xinjiang’s Uyghur population has become cursed, oppressed, outcast. Most citizens cannot discern between enemy and friend. Social trust has been destroyed systematically. Friends betray each other, bosses snitch on employees, teachers expose their students, and children turn on their parents. Everyone is dependent on a government that nonetheless treats them with suspicion and contempt. Welcome to the Perfect Police State.

Using the haunting story of one young woman’s attempt to escape the vicious technological dystopia, his own reporting from Xinjiang, and extensive firsthand testimony from exiles, Geoffrey Cain reveals the extraordinary intrusiveness and power of the tech surveillance giants and the chilling implications for all our futures.