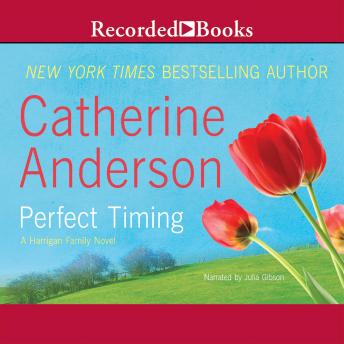 Tragedy has struck the Harrigans-Quincy's beloved sister-in-law Loni is gravely ill and nearing death. Quincy, like his brothers, feels helpless to save her, and the clock is ticking. Then, with perfect timing, a winsome red-haired woman named Ceara O'Ceallaigh mysteriously appears on Quincy's property and insists that Loni can be cured. Only Quincy, she says, as the sole remaining Harrigan bachelor, can make it happen-by marrying Ceara. To Quincy, Ceara is a charming and quite likely deranged spinner of dreams who can't prove she's telling the truth. But how can he pass up any attempt to restore Loni to health? Against all better judgment, he decides to marry Ceara. Maybe he's making the worst mistake of his life. Or maybe he's opening himself up to possibilities that defy explanation...and will send him on a miraculous journey toward enough love to last forever.

This title is due for release on April 19, 2013
We'll send you an email as soon as it is available!