Perry Mason and the Case of the Lucky Legs: A Radio Dramatization 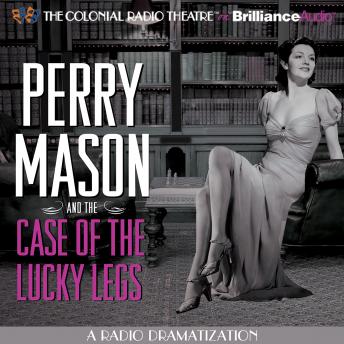 The Case of the Lucky Legs is the story of a confident man who promoted fake beauty pageants in small California towns. Marjorie Clune was one of his winning victims, 'The Girl with the Lucky Legs.' She was promised a Hollywood movie contract, but the scam artist fled with the money. Marjorie fled too, left her hometown in shame to try and “prove” herself in Hollywood. Perry Mason is hired to track her down, but when the deceitful pageant promoter turns up murdered, Marjorie becomes the prime suspect in this “edge of your seat” murder mystery.

Perry Mason and the Case of the Lucky Legs: A Radio Dramatization

This title is due for release on April 12, 2011
We'll send you an email as soon as it is available!