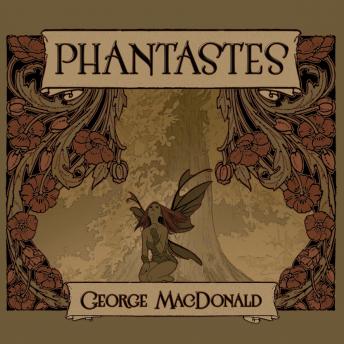 Phantastes: A Faerie Romance for Men and Women

The classic fantasy that influenced C. S. Lewis and Tolkien, considered one of George MacDonald s most important works, is the story of the young man, Anodos, and his adventures in fairyland which ultimately reveal the human condition. I write, not for children, wrote George MacDonald, but for the child-like, whether they be of five, or fifty, or seventy-five. All-at-once written with an innocent whimsy and soulful yearning, the heart of Anodos journey through fairyland reveals a spiritual quest that requires a surrender of the self. MacDonald s fantasy novel as well as his other works have had major influence on many authors who considered him their mentor:
C. S. Lewis said, I have never concealed the fact that I regarded him as my master; indeed I fancy I have never written a book in which I did not quote from him.
J. R. R. Tolkien called his fairy tales stories of power and beauty.
Madeleine L Engle said, Surely, George MacDonald is the grandfather of us all all of us who struggle to come to terms with truth through fantasy.