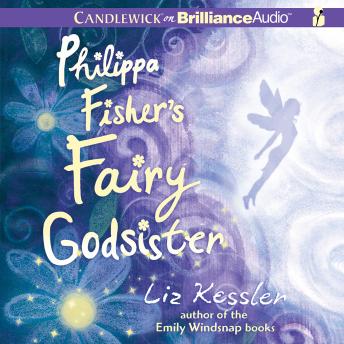 Philippa Fisher is just your average eleven-and-a-half-year-old girl—she’s a bit shy and not the most popular girl at school. But all that changes one day when a new girl named Daisy arrives at school and reluctantly confesses that she is Philippa’s very own fairy godsister.

Unfortunately for Philippa, Daisy is one fairy who is not too fond of humans, and so she isn’t pleased about having to help Philippa. In fact, she wants nothing more than to grant Philippa her three wishes quickly so that she can move on to a new assignment.

However, things aren’t that simple. Philippa and Daisy just can’t seem to get along, and Philippa’s wishes keep making her life worse rather than better. Will Philippa and Daisy be able to come together to solve the mess they’ve created before it’s too late?

This title is due for release on June 14, 2011
We'll send you an email as soon as it is available!