Physics for Future Presidents: The Science Behind the Headlines 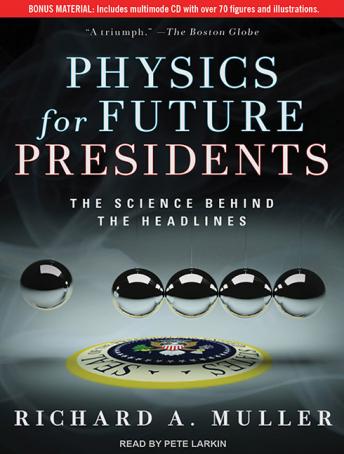 Written By: Richard A. Muller

We live in complicated, dangerous times. They are also hyper-technical times. As citizens who will elect future presidents of the most powerful and influential world, we need to know-truly understand, not just rely on television's talking heads-if Iran's nascent nuclear capability is a genuine threat to the West, if biochemical weapons are likely to be developed by terrorists, if there are viable alternatives to fossil fuels that should be nurtured and supported by the government, if nuclear power should be encouraged, and if global warming is actually happening.

Written in everyday, nontechnical language, Physics for Future Presidents explains the science behind the concerns that our nation faces in the immediate future. Even active readers of serious journalism will be surprised at the lessons contained herein. It is must-have information for all presidents-and citizens-of the twenty-first century.

Physics for Future Presidents: The Science Behind the Headlines

by Richard A. Muller

This title is due for release on June 1, 2011
We'll send you an email as soon as it is available!