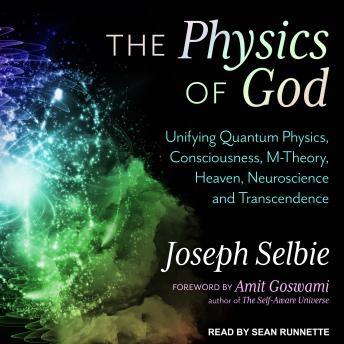 Setting aside the pervasive material bias of science and lifting the obscuring fog of religious sectarianism reveals a surprisingly clear unity of science and religion. The explanations of transcendent phenomena given by saints, sages, and near-death experiencers are fully congruent with scientific discoveries in the fields of relativity, quantum physics, medicine, M-theory, neuroscience, and quantum biology.

- Pulls back the curtain on the light-show illusion we call matter.

- Reveals the scientific secret of life and immortality: quantum biology's startling discovery that the human body is continuously entangled.

- Demonstrates the miracle-making power of our minds to effect instantaneous physiological changes.

This title is due for release on September 18, 2017
We'll send you an email as soon as it is available!