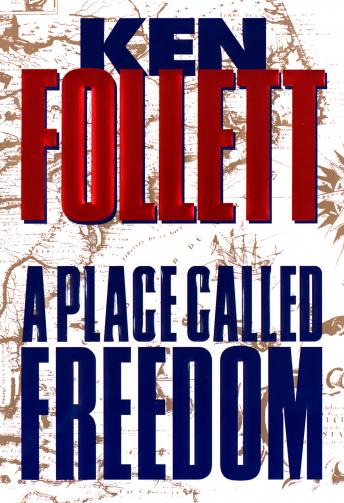 A PLACE CALLED FREEDOM begins in the infernal coal mines of the Jamisson family, in the Scottish highlands, where twenty-one-year-old Mack McAsh spends most of his waking hours.  Bound to his employer for life, Mack burns with an insatiable desire to escape.

He finds an unlikely ally in Lizzie Hallim, the beautiful, willful young aristocratic woman who yearns for independence in a male-dominated society.

Mack's hunger for freedom brings him into conflict again and again with the harsh rulers of eighteenth-century Britain.  Accused of riot--a capital crime--Mack becomes one of the thousands of convicts who are shipped to the American colonies, to work as slaves for seven long years.

With its vivid, fascinating portrayal of the colorful streets of London and the endless landscapes of the New World, plus an unforgettable cast of heroes and villains, lovers, and rebels, hypocrites, hell-raisers, and whores, A PLACE CALLED FREEDOM is a magnificent epic of love, liberty, and the pursuit of happiness.

It was short and sweet, so different tgan the rest of K.Follett's sagas about families. Loved it! very romantic piece