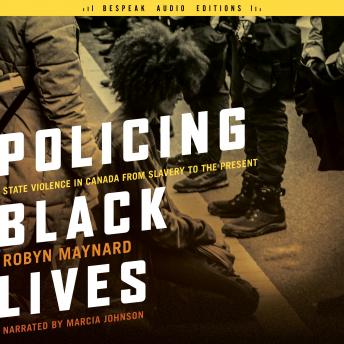 Delving behind Canada's veneer of multiculturalism and tolerance, Policing Black Lives traces the violent realities of anti-blackness from the slave ships to prisons, classrooms and beyond. Robyn Maynard provides readers with the first comprehensive account of nearly four hundred years of state-sanctioned surveillance, criminalization and punishment of Black lives in Canada.

Emerging from a critical race feminist framework that insists that all Black lives matter, Maynard's intersectional approach to anti-Black racism addresses the unique and understudied impacts of state violence as it is experienced by Black women, Black people with disabilities, as well as queer, trans, and undocumented Black communities.

Bespeak Audio Editions brings Canadian voices to the world with audiobook editions of some of the country's greatest works of literature, performed by Canadian actors.

This title is due for release on December 11, 2019
We'll send you an email as soon as it is available!