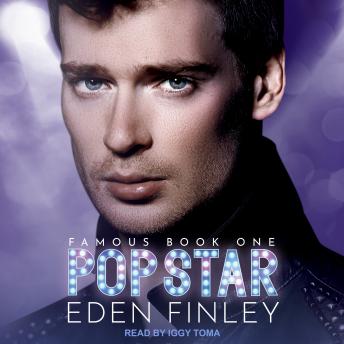 What happens when the most successful boy band on the planet breaks up? How about twenty thousand fans screaming my name. But the price of fame comes with an increased risk to my safety. I've been avoiding the dreaded B word for as long as I can, but after a close call with a rambunctious fan, I can't do it anymore. It's time to give in. I need to hire a full-time bodyguard. And when he shows up, he not only screams badass, he's another B word I try to stay away from: boyfriend material.

Protecting people is not what my company usually does, but the boss knows I need money, and the pop star is offering an insane amount to live with him and make sure no more crazy fans break into his house. I'm doing it for the money and nothing else. He may be the prettiest man I've ever seen, and I may feel sorry for the celebrity life he's been forced into since he was a teenager, but that doesn't mean anything. Just because he fascinates me, that doesn't mean I like him. It doesn't.

Professionalism. I'm gonna live it. Breathe it. Enforce it . . . Mostly.

This was a very good story with lots of sexy times. The narrator is one of my favourites.

This book was quite a surprise. Eden Finley finished up her Fake Boyfriend series and I believed the characters were all wrapped up. But, this picks up a character from Hat Trick and turns him from the bad guy in that book to the lost soul/good guy in this one. I didn't think it would work, but it did. The book was able to launch right in with minimal history spent on Harley. However, even if you didn't listen to Hat Trick, this book stands on it's own well. One of the hallmarks of Eden Finley's stories is the humor and depth of feeling to each character. Brix and Harley are very unlikely as a couple, but I was definitely rooting for them. Coupled with the over-arching story of the person stalking Harley, it was both a thriller and a romance novel. The ending was perfect. I hope this series continues. The narrator (Iggy Toma) is one of my absolute favorites. His voice characterizations are well done and there is a distinctive tone to each different person voiced.