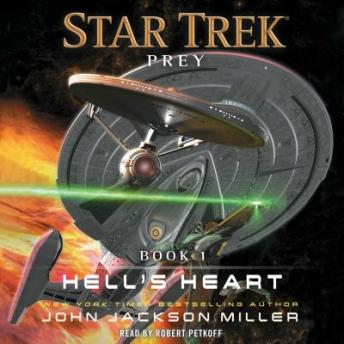 When Klingon commander Kruge died in combat against James T. Kirk on the Genesis planet back in 2285, he left behind a powerful house in disarray—and a series of ticking time bombs: the Phantom Wing, a secret squadron of advanced Birds-of-Prey; a cabal of loyal officers intent on securing his heritage; and young Korgh, his thwarted would-be heir, willing to wait a Klingon lifetime to enact his vengeance.

Now, one hundred years later, while on a diplomatic mission for the United Federation of Planets, Captain Jean-Luc Picard and the crew of the USS Enterprise are snared in the aged Korgh’s trap—and thrust directly in the middle of an ancient conflict. But as Commander Worf soon learns, Korgh may be after far bigger game than anyone imagines, confronting the Federation-Klingon alliance with a crisis unlike any it has ever seen!

A bit slow to get into, but well worth it

I love this trilogy. And listen to it before bed almost every night! Have heard it three times already!