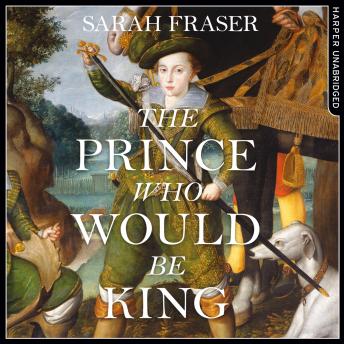 The Prince Who Would Be King: The Life and Death of Henry Stuart

Henry Stuart’s life is the last great forgotten Jacobean tale. Shadowed by the gravity of the Thirty Years’ War and the huge changes taking place across Europe in seventeenth-century society, economy, politics and empire, his life was visually and verbally gorgeous.

NOW THE SUBJECT OF BBC2 DOCUMENTARY The Best King We Never Had
Henry Stuart, Prince of Wales was once the hope of Britain. Eldest son to James VI of Scotland, James I of England, Henry was the epitome of heroic Renaissance princely virtue, his life set against a period about as rich and momentous as any.


Educated to rule, Henry was interested in everything. His court was awash with leading artists, musicians, writers and composers such as Ben Jonson and Inigo Jones. He founded a royal art collection of European breadth, amassed a vast collection of priceless books, led grand renovations of royal palaces and mounted operatic, highly politicised masques.


But his ambitions were even greater. He embraced cutting-edge science, funded telescopes and automata, was patron of the NorthWest Passage Company and wanted to sail through the barriers of the known world to explore new continents. He reviewed and modernised Britain’s naval and military capacity and in his advocacy for the colonisation of North America he helped to transform the world.


At his death aged only eighteen, and considering himself to be as much a European as British, he was preparing to stake his claim to be the next leader of Protestant Christendom in the struggle to resist a resurgent militant Catholicism.


In this rich and lively book, Sarah Fraser seeks to restore Henry to his place in history. Set against the bloody traumas of the Thirty Years’ War, the writing of the King James Bible, the Gunpowder Plot and the dark tragedies pouring from Shakespeare’s quill, Henry’s life is the last great forgotten Jacobean tale: the story of a man who, had he lived, might have saved Britain from King Charles I, his spaniels and the Civil War with its appalling loss of life his misrule engendered.