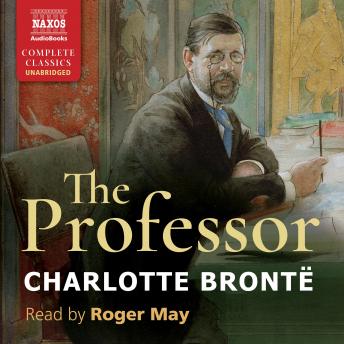 Narrated By: Roger May

Unpublished at the time of her death, The Professor is the first novel written by Charlotte Brontë, and the seed of her later books, Jane Eyre and Villette. The narrator of the tale, William Crimsworth, tells a story of courage and ambition among jealousy and envy: orphaned from a young age, William rejects life in the clergy, and then as a tradesman, to the chagrin of his cruel uncles and elder brother. Instead he pursues a career in education and ends up in Brussels, where he meets student/teacher Francis Evans Henri, a half-English Swiss orphan, with whom he falls in love. However, their union is prevented by the jealousy of headmistress Mademoiselle Reuter, who has accidentally fallen in love with William herself...

This title is due for release on October 28, 2019
We'll send you an email as soon as it is available!