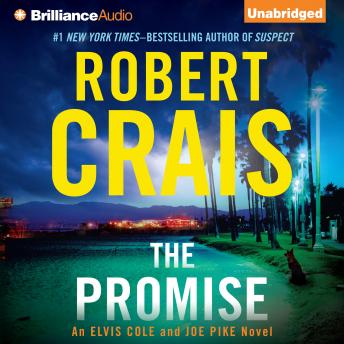 #16 of An Elvis Cole and Joe Pike Novel

Elvis Cole and Joe Pike keep their promises. Even if it could get them killed...

Elvis Cole is hired to find a woman who’s disappeared, a seemingly ordinary case, until he learns the missing woman is an explosives expert and worked for a Defense Department contractor. Meanwhile, LAPD K-9 Officer Scott James and his patrol dog, Maggie, track a fugitive to a house filled with explosives—and a dead body. As the two cases intertwine, they all find themselves up against shadowy arms dealers and corrupt officials, and the very woman they promised to save may be the cause of their own deaths.

Always love the characters helping Elvis Cole. Adding a young cop with his super dog Maggie was icing. Super sleuthing and when your battery operated CD player stops with the life of the dog and handler hanging you find out just how fast an old lady can run/walk to get home to hear the shocker So read this tense book filled with humor and great detective work to find out....

This title is due for release on November 10, 2015
We'll send you an email as soon as it is available!