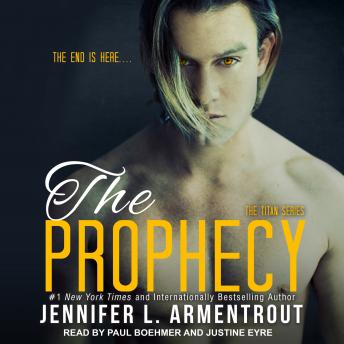 Seth never thought he'd have a future. But now he's on the brink of having it all with Josie: A tomorrow. A family. A forever. And all that's standing between him and that forever is the Titans. If he helps Josie entomb them-without killing them, a nearly impossible task for him-everything he could ever want will be in reach. But he soon realizes that as a god, every little choice he makes can reshape the world for the better . . . or worse. And in meddling with the Titans, Seth may have just set into motion catastrophic consequences that will force the Olympians to enter the mortal realm and reshape the delicate balance of power that keeps the world from total collapse.

Entombing the Titans is Josie's top priority. After all, it was what she was born to do. But the plans her father put into play to help her are no longer an option, and the odds she and Seth face in forging their own path are grim. The escalating violence between halfs and pures only increases the danger closing in on them and their friends. Josie knows their chances of succeeding in their task are slim at best-and if they fail, they might lose everything. But she also knows she's not fighting just for herself-she's fighting for the man she loves, for their future, for the world.