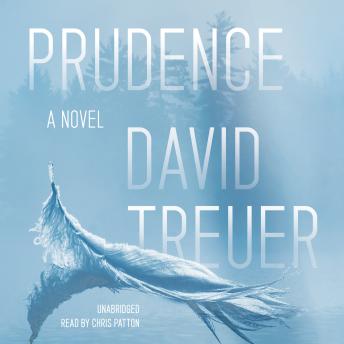 From a rising Native American writer comes a haunting andunforgettable novel about love, loss, race, and desire in World War II-eraAmerica
On a sweltering day in August 1942, Frankie Washburnreturns to his family's rustic Minnesota resort for one last visit before hejoins the war as a bombardier headed for the darkened skies over Europe.Awaiting him at the Pines are those he's about to leave behind: his hoveringmother, the distant father to whom he's been a disappointment, the Indiancaretaker who's been more of a father to him than his own, and Billy, thechildhood friend who over the years has become something much more intimate.But before the homecoming can be celebrated, the search for a German soldier who has escaped from the POW camp across the river explodes in a shocking act ofviolence, with consequences that will reverberate years into the future for allof them and that will shape how each of them makes sense of their lives.
With Prudence,Treuer delivers his most ambitious and captivating novel yet. Powerful andwholly original, it's a story of desire and loss and the search for connectionin a riven world; of race and class in a supposedly more innocent era. Mostprofoundly, it's about the secrets we choose to keep, the ones we can't helpbut tell, and who-and how-we're allowed to love.

This title is due for release on February 5, 2015
We'll send you an email as soon as it is available!