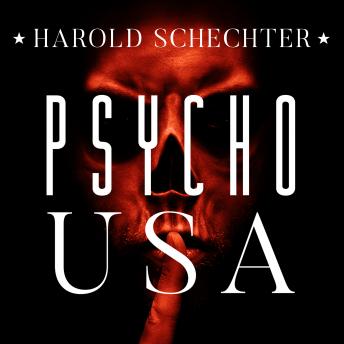 In the horrifying annals of American crime, the infamous names of brutal killers such as Bundy, Dahmer, Gacy, and Berkowitz are writ large in the imaginations of a public both horrified and hypnotized by their monstrous, murderous acts. But for every celebrity psychopath who's gotten ink for spilling blood, there's a bevy of all-but-forgotten homicidal fiends studding the bloody margins of U.S. history. In this book you'll meet

Robert Irwin, 'The Mad Sculptor': He longed to use his carving skills on the woman he loved but had to settle for making short work of her mother and sister instead.

Peter Robinson, 'The Tell-Tale Heart Killer': It took two days and four tries for him to finish off his victim but no time at all for keen-eyed cops to spot the fatal flaw in his floor plan.

Anton Probst, 'The Monster in the Shape of a Man': The ax-murdering immigrant's systematic slaughter of all eight members of a Pennsylvania farm family matched the savagery of the Manson murders a century later.

Edward H. Rulloff, 'The Man of Two Lives': A genuine Jekyll and Hyde, his brilliant scholarship disguised his bloodthirsty brutality.

Harold Schechter is a national treasure and, without a doubt one of my best historical true-crime authors alive today. Psycho USA, like all of his books, is carefully researched and entertainingly written. Rather than being a by the numbers “serial killer encyclopedia” this book deals in more obscure cases, saving the reader from having to slog through yet another 3 page biography of Ted Bundy For fans of the author it should also be mentioned that while he does reference some of the murderers that he has written full books on he seems to make a conscious decision to keep those references brief and doesn’t retrod the same ground

This title is due for release on July 20, 2016
We'll send you an email as soon as it is available!