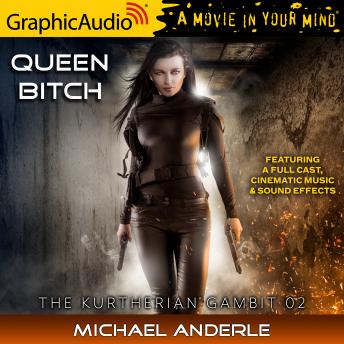 'The UnknownWorld is reeling from change.

Bethany Anne has started to make a difference in the first week of being awake. Now, America has been losing good men since their teams don't have a vampire to help them.

Frank is hoping Bethany Anne can, and will, help.

Further, the American Pack Council is having internal problems with their own young-and-dumb weres who want to ignore Michael's strictures. With no one seeing Michael, the fear of the Boogeyman is starting to recede.

That's fine with Bethany Anne, it means she will personally deliver the message there is a new vampire in town.

Immediately following the story of Bethany Anne from Death Becomes Her, Queen Bitch rides a rollercoaster of action with a heavy dose of creative cussing. Bethany Anne starts to get a team in place to help her affect change.

Because, whether the UnknownWorld wants it or not, change is coming.