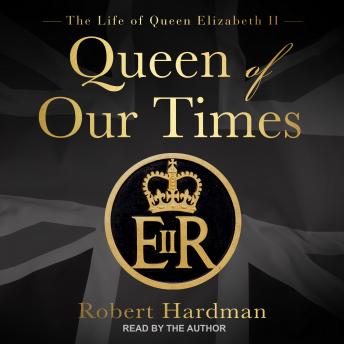 Queen of Our Times: The Life of Queen Elizabeth II

All of these describe Her Royal Highness Queen Elizabeth II, who has reigned through more seismic social change than any monarch since 1066 (Charles I included). From the Abdication to the Sussexes, she has witnessed family crises on a scale not seen since the days of George III.

Yet she is not merely hanging on. She is a twenty-first century global phenomenon commanding unrivalled respect and affection. Sealed off during the greatest peacetime emergency of modern times, she has stuck to her own maxim: 'I must be seen to be believed.' And now she is preparing for an event without parallel since the reign of Louis XIV: her Platinum Jubilee.

On February 6th, 2022, she marks seventy years on the Throne. Robert Hardman, the acclaimed and respected author of Her Majesty and Queen of the World, has already examined the Queen as a modern monarch and her role as a stateswoman abroad. Now, he wraps up the full story of one of the undisputed greats in a thousand years of monarchy.

This title is due for release on April 19, 2022
We'll send you an email as soon as it is available!