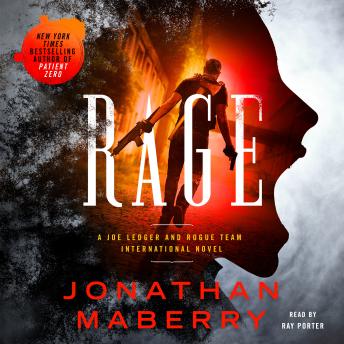 A small island off the coast of Korea is torn apart by a bioweapon that drives everyone—men, women, and children—insane with murderous rage. The people behind the attack want Korea reunified or destroyed. No middle ground. No mercy. Soon Japan, China, and the United States are pushed to the brink of war, while terrorists threaten to release the rage bioweapon in a way of pure destructive slaughter. Joe Ledger leads his newly formed band of international troubleshooters in their first mission to stop the terror cell, fighting alongside agents from North and South Korea.

With the lives of billions at stake, Ledger is willing to bring his own brand of terror to this frightening new war.

This was a great start to the RTI series. Full of suspense, twists and turns in the plot and a great transition to the International game for Joe and the rest of Havoc team! Can’t wait for the rest of the series!

This was book # 11 of the Joe Ledger series that I have listened to. This book made me really, really cry. The author is absolutely awesome. And I have fallen in love with the Narrator - Ray Porter. I highly recommend this book but it’s smart if you listen to the first 10 books 1st.

This makes me so happy to know Joe is gonna be around longer I simply love these books and the narrator is awesome...Ray Porter is pretty awesome

Love Ray Porter… there’s no one better but this book is hard to get through. Had to restart it 2 times already. Not even half way through and don’t think I can finish it. Jumps around so much you really have to listen to every word… because if you miss one name you’re done!! The back tracking is the worse

Awesome book! Ray Porter is such an amazing narrator. I love this series from Jonathan Maberry.