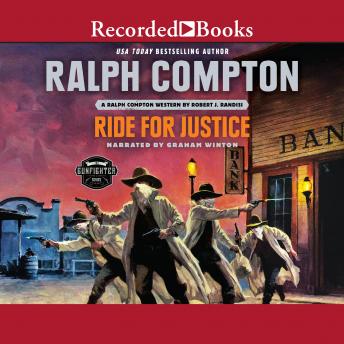 When an ex-lawman is released from prison, he hopes to put his past behind him; but that might not be an easy task in this fast-paced new entry in bestseller Ralph Compton's Gunfighter series. Matt Wheeler was a legend in the West. His fast gun and dedication to justice made him a sought-after lawman for hire, but all of that promise vanished one sunny day when his wife was shot down in cold blood by a heartless bank robber. The thirst for vengeance sent Wheeler on a quest to find the killer. For taking the law into his own hands, the former lawman was convicted and sent to prison. Seven and a half years have passed, and Wheeler has completed his sentence. One question remains: Will he ride for vengeance or for justice?