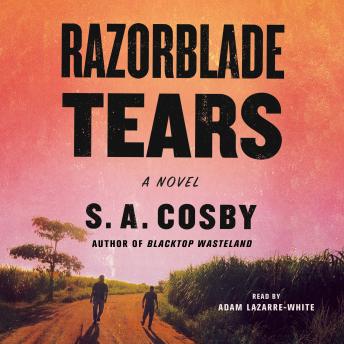 “Superb...Cuts right to the heart of the most important questions of our times.” —Michael Connelly,
#1 New York Times bestselling author

A Black father. A white father. Two murdered sons. A quest for vengeance.

Ike Randolph has been out of jail for fifteen years, with not so much as a speeding ticket in all that time. But a Black man with cops at the door knows to be afraid.

The last thing he expects to hear is that his son Isiah has been murdered, along with Isiah’s white husband, Derek. Ike had never fully accepted his son but is devastated by his loss.

Derek’s father Buddy Lee was almost as ashamed of Derek for being gay as Derek was ashamed his father was a criminal. Buddy Lee still has contacts in the underworld, though, and he wants to know who killed his boy.

Ike and Buddy Lee, two ex-cons with little else in common other than a criminal past and a love for their dead sons, band together in their desperate desire for revenge. In their quest to do better for their sons in death than they did in life, hardened men Ike and Buddy Lee will confront their own prejudices about their sons and each other, as they rain down vengeance upon those who hurt their boys.

Provocative and fast-paced, S. A. Cosby's Razorblade Tears is a story of bloody retribution, heartfelt change - and maybe even redemption.

'Few novels marry tough and tender, head-banging and coming-of-age, as seamlessly as this one does, but that's no surprise from a supremely talented writer who keeps getting better.' —Booklist, starred review

'Cosby’s writing is both fearless and sympathetic, exhibiting his formidable intellect alongside vivid imagery, sharp wit and intricate plot lines. Razorblade Tears transcends genre boundaries and is a must-read for anyone looking for a mystery that provokes and thrills in equal measure.'—BookPage, starred review

“Following Blacktop Wasteland was one hell of a challenge, but S. A. Cosby doesn't merely deliver, he ups his game with Razorblade Tears, a story that addresses the big questions while never losing sight of the characters at its core. Taut, tense, and thoughtful, Razorblade Tears confirms Cosby as one of the most important new voices in contemporary fiction, period.”—Michael Koryta, New York Times bestselling author of Those Who Wish Me Dead