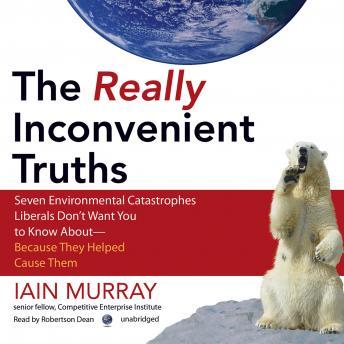 The Really Inconvenient Truths: Seven Environmental Catastrophes Liberals Don't Want You to Know About-Because They Helped Cause Them

Did you know that pollutants and estrogen from contraceptives are causing male fish in America to develop female sex organs? Or that ethanol, the liberals' favorite fuel, is destroying the world's rainforests? We hear about AIDS in Africa, but the number one killer of children in Africa is malaria, and guess who banned the pesticide that used to have malaria under control? Iain Murray's exposé reveals how environmental blowhards actually do more to waste energy, endanger species, and kill people than those they finger while capitalism, hunting, and old-fashioned property rights have made the planet better.

This title is due for release on June 13, 2008
We'll send you an email as soon as it is available!