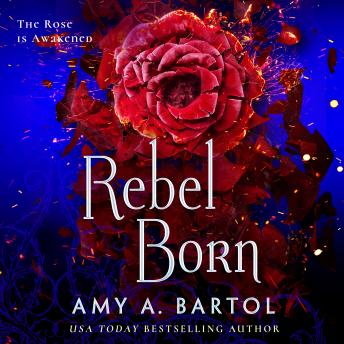 Written By: Amy A. Bartol

Roselle faces a mind-reeling showdown with the deep state agent controlling her psyche in the Wall Street Journal bestselling conclusion to the Secondborn series.
Roselle St. Sismode is many things: victim of a conspiracy, unwilling host of an ever-evolving mind algorithm, spy for a rebel army, and heir to the Fate of Swords. As a warrior, she’s also the anticipated main event at the Secondborn Trials. When the opening ceremonies erupt in chaos, Roselle is abducted by a sadistic agent with a diabolical plan: transform Roselle into a mind-controlled assassin to topple society. But a rogue scientist has implanted Roselle with a genius technology that is far more powerful. It renders her untouchable. Faster. Stronger. And maybe immortal.
With her enhanced abilities come the highest stakes yet, as Roselle confronts shifting realities at every turn as well as her own mother’s stunning betrayal. Racing against time with a determined resistance group, can Roselle overthrow the forces of destruction and reclaim the most valuable of commodities—her humanity?

by Amy A. Bartol