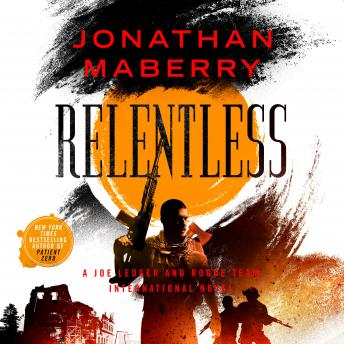 JOE LEDGER’s world has been torn apart. The people closest to him have been savagely murdered and Ledger is on the hunt for the killers. His already fragile psyche has cracked apart, allowing a dangerous darkness to overwhelm him.

His hunt takes him deep into the world of the deadly black market weapons sales, and standing in his way are a new generation of private military contractors. These mercenaries have been enhanced with cutting-edge cybernetics and chemical enhancements, transforming them into real-world super soldiers. Stronger, faster, harder to hurt, and fitted with built-in weapons. They are beyond anything Joe has ever faced.

But he is not the Joe Ledger they expected to fight. He is defined by the Darkness now. The attempt to destroy him—to break him—has backfired. Instead his enemies have turned him into a far more fearsome weapon.

Everyone is out for blood.

This is a very dark installment to the series. There is very little of the humor found in many of the books, or even the camaraderie. One of my friends who is also a huge fan of both the series, Maberry, and Ray Porter said he had to quit after the first six chapters for the reasons I stated. I stuck with it and enjoyed the ending, but overall it was not nearly the type of story I have come to expect from Maberry or this series. On a positive note, Ray Porter was amazing, as usual. His performance was undaunted by the elements I mentioned.