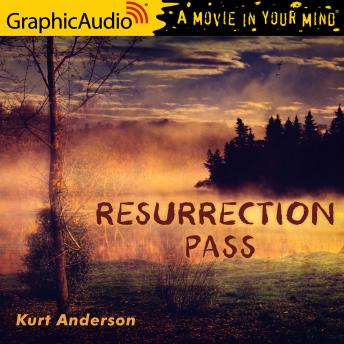 IT IS REAL . . .
Some call it a spirit, a demon. Others, an all-consuming force of nature. According to Cree legend, it goes by the name of Wendigo. For a hundred years it has been sleeping. Resting beneath the earth. Buried in a godless no-man's-land known as Resurrection Pass . . .

IT IS RISING . . .
Led by half-Cree guide Jake Trueblood, a clandestine team of exploratory miners enter a remote valley in the Canadian wilderness. Searching for veins of untapped rare earth elements, they begin drilling into the spongy soils of the forest—and uncover something unbelievably large, unspeakably grotesque, and inexplicably alive . . .

IT IS RAVENOUS.
Within seconds, all hell breaks loose. Giant grasping tendrils shoot out of the earth. Poisonous spores explode into the air. And the horrified miners become a living, screaming feast for the biggest, hungriest creature the world has ever seen. Jake Trueblood and a young ecologist named Rachel barely escape with their lives, only to confront the Okitchawa, a murderous group of local Cree infuriated by the presence of the mining team. But even if they can escape the Okitchawa, Jake and Rachel's ordeal is far from over. The nightmare is just beginning . . . to feed.