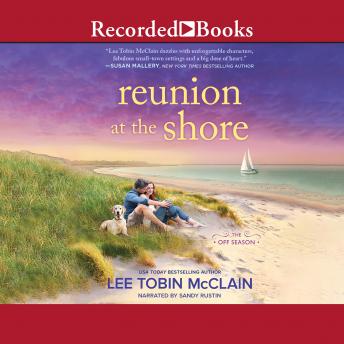 Reunion at the Shore

Ria White’s chemistry with Drew Martin had always kept their marriage together—until suddenly it didn’t. Now a single mom, hotel manager Ria is at a loss when one of her teen daughters starts spiraling. Panicked, she calls on her ex-husband for backup, but she’s not prepared for the man he’s become—or how he still makes her heart race.

After his divorce, Drew’s feelings of failure only compounded when vision loss forced him to leave the police force. And now he’s carrying the guilt of leaving his children behind, as well. Drew is determined to make things up to his daughters, but he’s less sure where he stands with Ria. Can they overcome their past to reunite their family, this time forever?