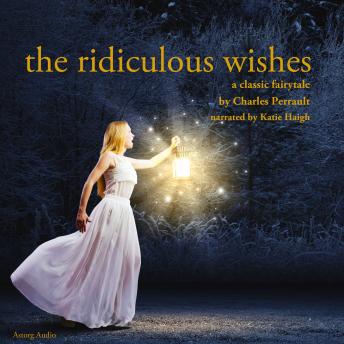 The Ridiculous Wishes or The Three Ridiculous Wishes is a French literary fairy tale by Charles Perrault. A woodcutter complained of his poor lot. Jupiter granted him three wishes. The woodcutter went home, and his wife persuaded him to put off the wishing until the next day, after he had thought, but while sitting by the fire, he wished for sausages. His wife taxed him for his folly, and angry, he wished the sausages on her nose. Finally, they agreed to use the last wish to take the sausages off her nose, leaving them no better off than before...Collection «  Best classic fairy tales  ».