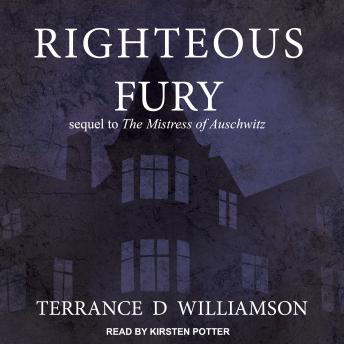 #2 of Mistress of Auschwitz

In this sequel to The Mistress of Auschwitz, the story continues with Eleonore as she struggles to cope with the impact of her harrowing detainment at the notorious concentration camp. Although she has been liberated by the Allies, she is not yet free from the horrors that she witnessed. Striving to heal from the trauma, Eleonore searches for meaning as she begins a new life. But Eleonore is not alone in her struggles to comprehend these atrocities as a British officer, Hanns Volker, secures employment for her.

Hanns, who is based on the inspiring true story of a German Jew returning to the country of his birth, is horrified by the reality of what many of his people endured and what he narrowly escaped. The spark of justice is ignited in Hanns when he is assigned with the insurmountable task of interrogating the captured Nazis. While his eye lingers on hunting down those who have escaped, Hanns is enraptured with a righteous fury and must weigh the consequences of revenge against the balance of justice.

Although their paths are separate, both Hanns and Eleonore are thrust into a Germany that is still under the shadow of indoctrination. Both come to understand that there are few that they can trust and, although defeated, the Nazi plague still holds sway over those who are lost to moral decay.