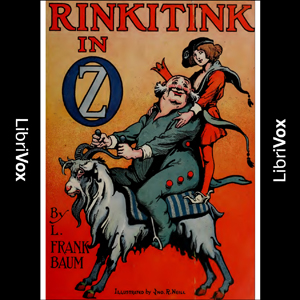 Rinkitink in Oz is the tenth book in the Oz series written by L. Frank Baum, first published in 1916. It was originally written in 1905 as a stand alone fantasy work and subequently rewritten as an Oz book. Therefore, most of the action takes place outside of Oz in neighboring fairy countries. It tells the story of Prince Inga's quest to rescue his parents from captivity after his island home is ravaged by enemies.

With the help of three magical pearls and the more dubious assistance of the excessively jolly King Rinkitink and his surly goat, Bilbil, his travels lead him to the underground caverns of the Nome King where he is united with some people from Oz who help him to free his parents and restore his island kingdom. (description written by Judy Bieber)