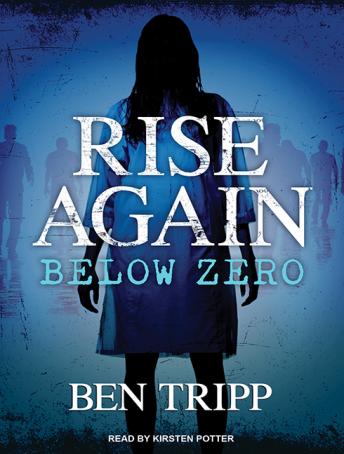 Billions died and rose again, hungry for human flesh. When the nightmare reached Sheriff Danielle Adelman's small mountain community of Forest Peak, California, it was too late for warnings . . . forcing her to lead a small group of survivors out of hell, all the while seeking her estranged runaway sister at any cost.

Two years later, the undead have evolved. Now, besides the shambling, mindless cannibals are the hunters-cunning and fast, like wolves-and the thinkers, whose shocking intel­ligence and single-minded predatory obsession may mean the downfall of what's left of humanity. As Danny leads a ragtag band of the living through the remnants of the American Midwest, rumors arise of a safe place somewhere east. But the closer they get to it, the more certain Danny becomes that something evil waits for them at the end of the line. With an unspeakable secret riding beside her and an unbreakable promise made to a small, silent boy, Danny must stake everything she has-her leadership, her sanity, and her life- in order to defeat the ultimate horror in a terrifying and dying world.

This title is due for release on March 19, 2014
We'll send you an email as soon as it is available!