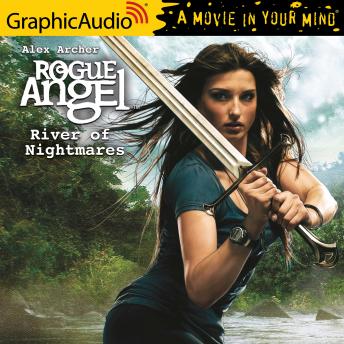 Deep in the Amazon jungle, a tribe holds the key to the truest form of dreaming—where the human spirit walks the petal-thin line between life and death. In an elaborate ceremony, the dreamer ingests a toxic brew, then submerges herself in an herbal bath that turns human skin a vivid shade of midnight-blue. And the experience changes the dreamer forever….

Archaeologist Annja Creed has a full crew in tow as her TV show, Chasing History's Monsters, prepares for an in-depth exploration of the rain forest's most guarded secrets—including a magical child and a slothlike beast with two mouths and a single eye. But an opportunity to tread off the beaten path proves too tempting to ignore, and Annja leads her crew into an uncharted world that's both alien and dangerous—a world that attracts the morally corrupt with promises of wealth and power. A world that will steal the one thing Annja needs to survive: herself.