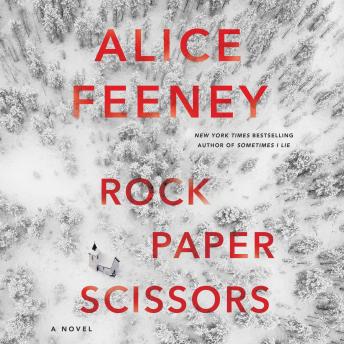 Think you know the person you married? Think again…

Things have been wrong with Mr and Mrs Wright for a long time. When Adam and Amelia win a weekend away to Scotland, it might be just what their marriage needs. Self-confessed workaholic and screenwriter Adam Wright has lived with face blindness his whole life. He can’t recognize friends or family, or even his own wife.

Every anniversary the couple exchange traditional gifts--paper, cotton, pottery, tin--and each year Adam’s wife writes him a letter that she never lets him read. Until now. They both know this weekend will make or break their marriage, but they didn’t randomly win this trip. One of them is lying, and someone doesn’t want them to live happily ever after.

Once again I was totally fooled and did not see it coming. I really liked the book!

Loved this book! So many twists and turns, it kept me on my toes!

I was totally disappointed. This book had been on so many recommendation lists and I was eager to listen to the adjoining book. Was there a tower I didn’t see? Yes. Was this trilling and suspenseful? No, not really. Very slow and dull and lacked the shock factor.

Kept you interested and guessing but ending was over the top

Loved the narrators so much! I listened to this book so fast and couldn't stop! Loved the twist at the end!