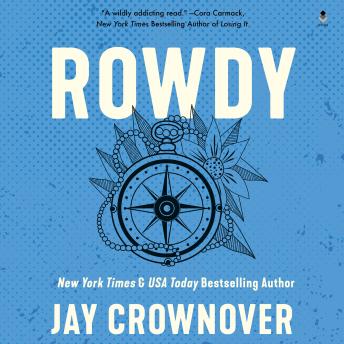 After the only girl he ever loved told him that he would never be enough, Rowdy St. James knocked the Texas dust off his boots and set out to live up to his nickname. A good ol’ boy looking for good times and good friends, Rowdy refuses to take anything too seriously, especially when it comes to the opposite sex. Burned by love once, he isn’t going to let himself trust a woman again. But that’s before his new co-worker arrives, a ghost from the past who’s suddenly making him question every lesson he ever learned.

Salem Cruz grew up in a house with too many rules and too little fun—a world of unhappiness she couldn’t wait to forget. But one nice thing from childhood has stayed with her; the memory of the sweet, blue-eyed boy next door who’d been head over heels in love with her little sister.

Now, fate and an old friend have brought her and Rowdy together, and Salem is determined to show him that once upon a time he picked the wrong sister. A mission that is working perfectly—until the one person that ties them together appears, threatening to tear them apart for good.