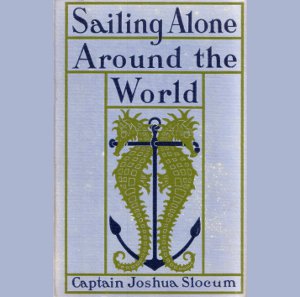 Sailing Alone Around the World

Joshua Slocum was the first man to sail around the world alone in a small boat. He personally rebuilt an 11.2 metre sloop-rigged fishing boat that he named the Spray. On April 24, 1895, he set sail from Boston, Massachusetts. More than three years later, he returned to Newport, Rhode Island, on June 27, 1898 having circumnavigated the world, a distance of 46,000 miles.

Read excellently and was most enjoyable to listen to.

I enjoyed the trip.

Excellent! felt like I was accompanying him on his voyage

This was a very interesting story, amazing that one man could achieve the trip on his own, deal with storms, “savages”, strange sightings etc. Good read