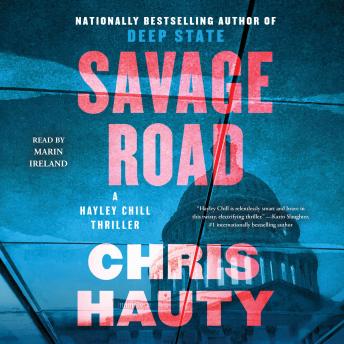 When a series of devastating cyber attacks rock the United States, Hayley Chill is tasked by the “deeper state” to track down their source. NSA analysts insist that Moscow is the culprit, but that accusation brings plenty of complications with Hayley directing the president as a double agent against the Russians. With increasing pressure on the president to steer him towards a devastating war, it’s up to Hayley to stop the mysterious computer hacker and prevent World War III—while also uncovering some shocking truths about her own life.

Magnificently crafted and perfectly timed, Savage Road “is a brilliantly plotted thriller with plenty of edge-of-the-seat moments, twists, and turns to satisfy the most ardent of fans” (Mystery & Suspense Magazine).