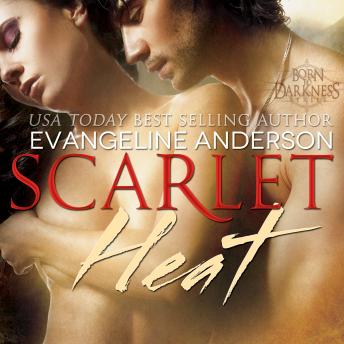 #2 of Born to Darkness

Taylor is a vampire-but she doesn't want to be. Turned against her will by her sadistic mistress, Celeste, she has been living a miserable life of bondage and abuse for the past six years. Finally, through the help of her best friend Addison, Taylor is rescued but she can't relax for long. In order to save her from an even worse fate, she is married off to Victor-a very reluctant groom who just happens to be a werewolf.

Victor doesn't want to be responsible for the fledgling vampire, no matter how beautiful she is. Especially when he finds out he is the only one he can drink from. But aside from the strange arousal that overtakes him every time she sinks her dainty fangs into his throat, he has other problems to deal with . . . and a very big secret to hide.

Their marriage of convenience is only supposed to last for three months but Victor and Taylor finds themselves drawn together by more than the vows they took. But as their attraction grows, so does something else. Inside Taylor, something is changing. She begins to have physical cravings she has never had before, insatiable appetites that only Victor can satisfy.

Will she succumb to the madness growing within her or can Victor save her from the Scarlet Heat?Contains mature themes.