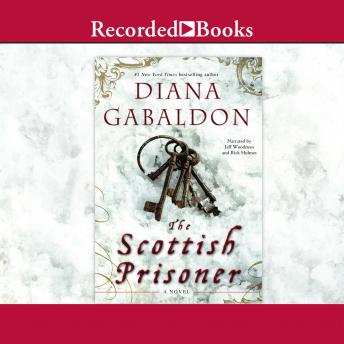 In this highly-anticipated new novel, Diana Gabaldon brings back one of her most compelling characters: the unforgettable Lord John Grey - soldier, gentleman, and no mean hand with a blade. Set in the heart of the eighteenth century, Lord John's world is one of mystery and menace. Diana Gabaldon brilliantly weaves together the strands of Lord John's secret and public lives. Capturing the lonely, tormented, and courageous career of a man who fights for his crown, his honor, and his own secrets, Diana Gabaldon delivers breathtaking human drama, proving once again that she can bring history to life in a way few novelists ever have.

Great addition to the Outlander series!! Loved hearing more of what Jamie did whilst at Helwater.

This is such a great story! Watching Outlander on TV, then reading the books, now listening to the autio books... I am so happy that I took a chance on a spin off story. Highly enjoyable!!! 5 STARS ACROSS THE BOARD!

MUCH BETTER than others have described! It’s honestly one of my favorite spin-off novels from the main Outlander series! Upon seeing some of the reviews, I was worried that I wouldn’t enjoy this, but it’s seriously SO DANG GOOD! Couldn’t stop listening! And to all the people who claimed that the narrators made Jamie “Irish” it’s simply not true! There ARE some Irish characters in this novel because Jamie and Lord John go to Ireland, but I can CLEARLY tell when an Irish character is speaking, when Jamie as a Scot is speaking, and British accents like Lord John. Sometimes the difference between Irish and Scots is slight, but it IS there! I had no difficulty telling the characters apart, and it didn’t take away from the story at all (which is delightful, btw!) Of course, I will forever love Davi a Porter’s version of Jamie the best, because she’s been in my ear for all of the main Outlander novels and is EXCELLENT at making characters come to life, but these narrators certainly held their own and deserve credit! The only thing I did find a little confusing was having two narrators instead of just one. Maybe listeners would have been less confused if there had only been one narrator. Regardless, this was HIGHLY ENJOYABLE and filled in some fascinating gaps to compliment the main Outlander novels!

Book was great, Jamie’s accent was Irish - yet he is a Scott. Disappointing

The story is interesting although it lacks the depth of the original Outlander series. The narrator really detracts from my enjoyment of the story. Agree with the previous reviews of the narrator

I absolutely love the characters in the Outlander and Lord John series. This book was interesting and I went through it quickly. But, I agree with the other individuals that left their reviews regarding the narrator. Davina Porter is far superior. And, while I did like Jeff Woodman's narrative parts, I did not enjoy the other gentlemen's.

Great book, as always Diana Gabaldon. I thought the narrator was average, he didn't do Jamie's scottish accent very well at all. He made him sound irish. Davina Porter was by far a better narrator.

I love this series but the narrator wasn't as good as the narrator who does the outlander series proper (Davian Porter). At some stages I'm sure he even got the accents and voices mixed up with the wrong characters.

Just like with Outlander, it's hard to put the book down.

I have enjoyed listening to all of Diana Gabaldon's books. Can't wait for Outlander Nine to come out.

I'm one of those people who hates to give anything a bad review however, in this case, it was easy to make an exception. I suspect the actual book may very well be worth the read but, the recorded version stinks. Listening was a nightmare primarily due to narrations and attempted accents by Mr. Woodman and Mr. Holmes. They may do quite well with other projects but, I'm not keen to chance it again. It was impossible to keep up with what character was speaking because all the voices sounded the same. As another reviewer stated, they should never attempt children's voices however, I would go a step further and say they shouldn't try Scottish or different register British voices either. I honestly tried to get through the recording but, after continually backing it up to try and understand who was speaking and what they were saying, I simply gave up, let it play on as static noise while I went to sleep. Perhaps I made it nearly a third of the way through before I slept. A laboriously painful third indeed. I did take the time to read other reviews before purchasing this recording and most all stated the narration and performances were not very good however, two or three said it was worth it and a couple said once you got past the first three chapters you became accustomed to their voices and it wasn't so bad. On the contrary, I beg to disagree.... it just didn't work for me. My advice, (for what it's worth, if anything), is to buy the paperback. That's my intention as I truly do believe it would be a good read due to the content, and of course the author who has produced a string of fine reads. Best regards, JL Watts

So much more enjoyable to hear Jamie Fraser in a male voice and with a Scottish accent. Loved it!!

Awesome book loved it, I love all of Diana gabladon books. lots of details, and its nice to hear how some of the words should be pronounced.

This title is due for release on November 29, 2011
We'll send you an email as soon as it is available!