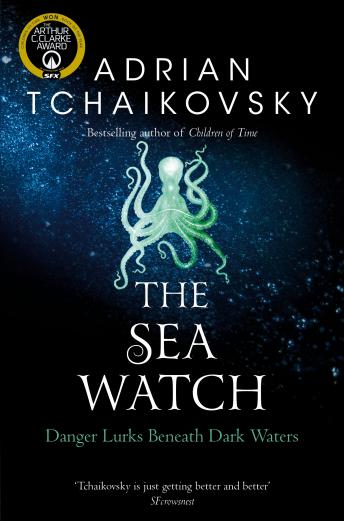 #6 of Shadows of the Apt

The Sea Watch is the sixth book in the critically acclaimed epic fantasy series Shadows of the Apt by Adrian Tchaikovsky.

A shadow is falling over Collegium. Despite the tenuous peace, Stenwold Maker knows that the Empire will return for his city. Even as he tries to prepare for the resurgence of the black and gold army, a hidden threat is working against his people. Ships that sail from Collegium's harbour are being attacked, sunk by pirates. Some just go missing . . .

Lulled by the spread of lies and false promises, Stenwold's allies are falling away. He faces betrayal on every side, and the Empire is just waiting for the first sign of weakness to strike. But they are not the only power that has its eyes on Collegium. And even with all their military strength and technology, they may not be powerful enough to stave off the forces massing in the darkness.

The Sea Watch is followed by the seventh book in the Shadows of the Apt series, Heirs of the Blade.

This title is due for release on July 22, 2021
We'll send you an email as soon as it is available!