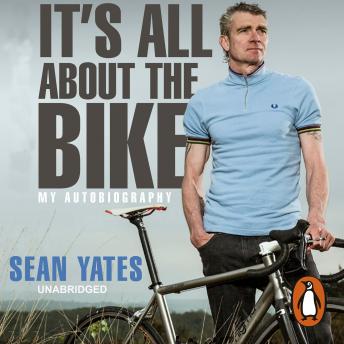 Sean Yates: It’s All About the Bike: My Autobiography

One of only five Britons to wear the yellow jersey in the Tour de France, Sean Yates burst onto the cycling scene as the rawest pure talent this country has ever seen. After turning professional at the age of 22, he soon became known as a die-hard domestique, putting his body on the line for his teammates. Devastatingly fast, powerful and a fearless competitor, Yates won a stage of the Tour, as well as the Vuelta a España, in 1988, and went on to don the coveted maillot jaune six years later.

Having put British cycling on the map as a rider, Yates was soon in demand as a directeur sportif, using his tactical knowledge to inspire a new generation of cyclists to success. And after Team Sky came calling, Yates was the man to design the brilliant plan that saw Sky demolish the opposition in 2012, and for Bradley Wiggins to become the first cyclist from these shores to win the Tour.

Straight-talking, entertaining and revelatory, It's All About the Bike is the story of a remarkable career told from the unique perspective of a man who is immersed in the history of the sport he loves.

Sean Yates: It’s All About the Bike: My Autobiography

This title is due for release on September 12, 2013
We'll send you an email as soon as it is available!