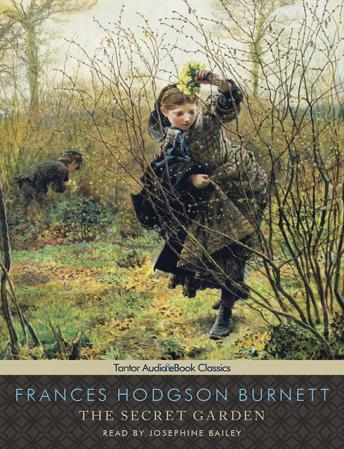 When Mary Lennox's parents die from cholera in India, the spoiled orphan is transplanted to her uncle's 600-year-old gloomy and secretive estate in England. She is certain that she is destined for misery at Misselthwaite Manor. When Mary meets the old groundskeeper, he is the first to tell her what he thinks of her: 'We was wove out of th' same cloth. We're neither of us good lookin' an' we're both of us as sour as we look. We've got the same nasty tempers, both of us, I'll warrant.'

However, Mary soon discovers an arched doorway into an overgrown garden that has been locked shut since the death of her aunt ten years earlier. Fate grants Mary access to the secret garden and she begins transforming it into a thing of beauty-unaware that she, too, is changing.

My favourite story as a child. A moment of nostalgia had me downloading this book. And it was worth it. The narrator is excellent and you’ll easily slip into the ease of the character voice changes without any trouble. A glorious retelling of a glorious story.

Great story for children and adults too. I think the imagery is quite good.

The book is intriguing, keeps your interest and most enjoyable. Highly recommend this book. Good story, good author AAAAAAA

This is a beautifully written and narrarated story. I wish more stories were written like this these days. With slow easy dialogue and beautiful discription it takes you to another, much more peaceful place. It is an amazing story they both adults and children will enjoy. I recommend it to everyone.

I ordered this to listen to with my kids and I find myself making excuses and finding places to go in the car just to listen to the cd. The first time I've been thankful for traffic! Great book and narrated extremely well. I would definately recommend this one!

This title is due for release on July 21, 2008
We'll send you an email as soon as it is available!