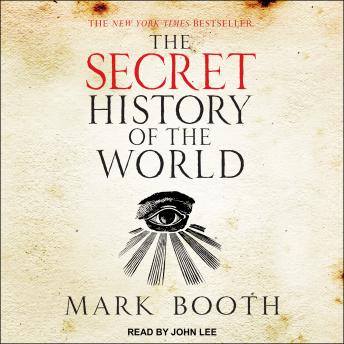 The Secret History of the World

They say that history is written by the victors. But what if history-or what we have come to know as history-has all along been written by the wrong people? What if everything we've been told is only part of the story? What if it's the wrong part?

In this groundbreaking new work, Mark Booth embarks on an enthralling intellectual tour of our world's secret histories. Starting from a dangerous premise-that everything we've been taught about our world's past is corrupted, and that the stories put forward by the various cults and mystery schools throughout history are true-Booth produces nothing short of an alternate history of the past 3,000 years. History is more than a list of things that have happened; it's a measure of consciousness and experience. And in The Secret History of the World, Booth's take on history is relentless, charging through time and space and thought in interdisciplinary fashion; embracing cognitive science, religion, psychology, historiography, and philosophy, a new timeline is drawn, and a huge swath of our cultural heritage that has long been hidden is restored. From Greek and Egyptian mythology to Jewish folklore, from Christian cults to Freemasons, from Charlemagne to Don Quixote, from George Washington to Hitler-Booth shows without a doubt that history as we know it needs a revolutionary rethink, and he has 3,000 years of hidden wisdom to back it up.

Loved it! It was long, deep, and just a little crazy sounding at times. I may not believe it all, but I sure enjoyed listening to it.

All in one place. If you look for other then well known angle over our history then this book is worth every second.

no good, not worth listening to at all

This book if nothing else ( and is so much more ) is one of the clearest detailed accounts on the secrets of the mystery schools and the different state of the human being in earlier times as it interacts with the cosmos and in the Constitution of the mind, body and soul...

this work does not advocate the ideas it presents...he says at the beginning it is a recitation of what esotericists believe. it's presented uncritically, but not in any way trying to convince anyone of the validity of the ideas. it is extremely interesting to learn what they think and how they think without being propagandized

This title is due for release on February 15, 2008
We'll send you an email as soon as it is available!