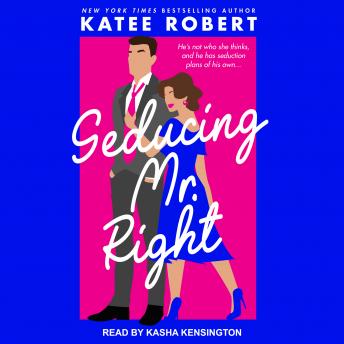 He's not who she thinks, and he has seduction plans of his own . . .

Danielle Kastien is done with powerful men. After months of near-saintly behavior, she's determined to use the company costume party to have her wicked way with every delicious inch of the sexy-but-sweet mail guy she's been meeting for coffee. Though her costume is designed to send him into a haze of blind lust, Danielle quickly realizes Grayson is not the kind of man she can control.

Grayson Harper is used to having his way at work and in the bedroom. He's dominant. Commanding. Obeyed. He's been patiently biding his time with Danielle, enjoying spending time with someone who sees him as someone other than the CEO of Harper Industries. But before he can confess, he has Danielle right where he wants her. Where he's wanted her since the day they met. And he's in far too deep to risk his claim on the one woman who makes him hard with need . . .