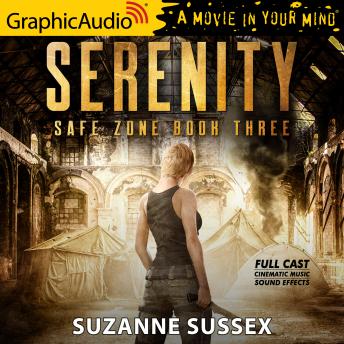 'When Sammie made a discovery that could bring hope to all the survivors of the Black Flu, one man’s twisted greed turned that dream into a nightmare. He destroyed Safe Zone E and caused the death of thousands.

After the destruction of her Zone, Sammie was voted in as leader of the former residents. She made them three promises: she would find them a new home, she would find her nemesis, Brian Crowe, and make him pay, and she would build a better future for her people. Sammie intends to keep these promises at any cost.

In the epic and unforgettable conclusion to the Safe Zone Trilogy, can the people of the UK find their Serenity?

This title is due for release on October 1, 2022
We'll send you an email as soon as it is available!